Enjoying the Nature of Belgrade - I part Rise in population, expansion of urban areas as a result of the need for new living areas and settlements, and modernisation of urban infrastructure – these are the challenges faced by every single metropolis around the globe. The first victim of such expansion is the nature, commonly neglected, yet the most important factor in any surrounding.

In the last two decades, however, we’ve become aware that the industrialisation and modernisation cannot make up for all the advantages that the nature provides to a large and modern city. The green areas have become the parts the cities can’t do without, but also the added value that any city tends to highlight in its tourist offer.

The famous architect Le Corbusier once said that “Belgrade is the ugliest city at the loveliest location.” His remark used to be often interpreted as highly negative one, yet what lies behind such remark is the fact that we’re underusing the wealth of natural resources in Belgrade
.
There were so many different factors which caused such statement of the famous architect. Lately, obviously very much aware of the need and of the potential, Belgrade authorities have been active in displaying a number of positive developments in the area of expansion, protection and redecoration of the existing green areas and other natural resources in Belgrade. So, all Belgrade residents and visitors can now really see before them how numerous green areas in Belgrade are being reshaped into unique oases right in the middle of its urban jungle.
To all our guests staying in Belgrade, web site noviapartmani.com recommends paying a visit to some of the locations surrounded by genuine nature. We guarantee the enjoyment and we’re sure it will make you come again to our city.

Belgrade is situated in one of the best possible locations – the confluence of the Sava and the Danube. These two rivers show their magnificent beauty in this ancient city. These two rivers also offer some 200km of banks, and every single metre is simply priceless.
As soon as the first rays of sun break through the clouds, Belgrade rivers attract the people of all ages, and they are what Belgrade spirit is all about, they are the reason why this city is so appealing to everyone. 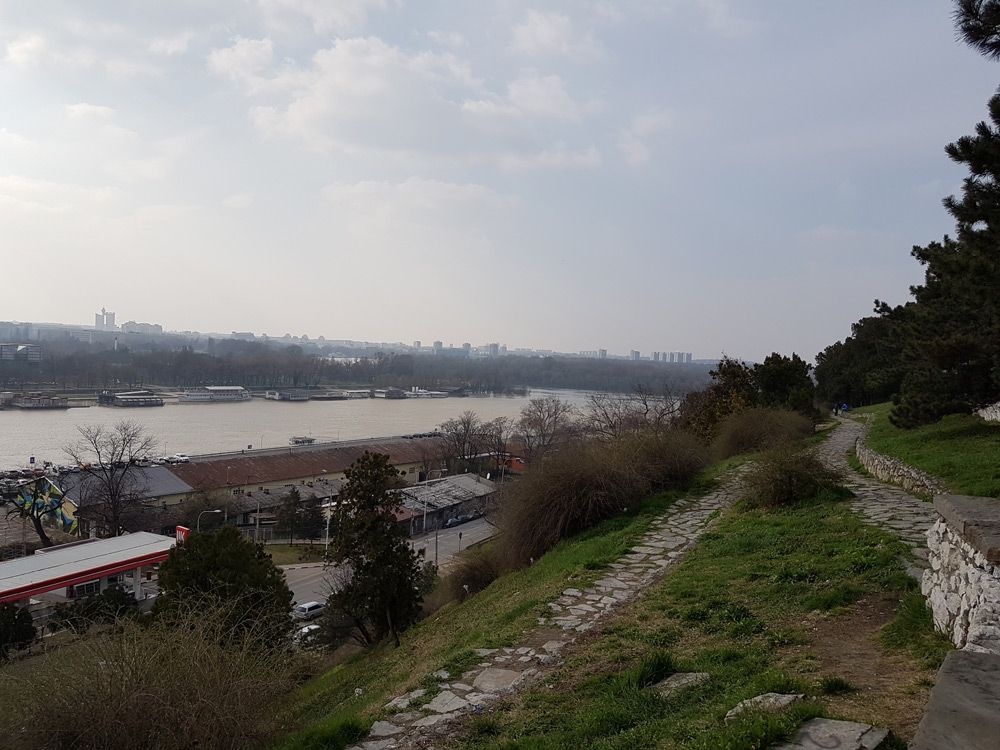 The most well-known river promenades are the ones in New Belgrade – right next to Hotel Jugoslavia, by the Danube, and by the Sava, near the New Belgrade blocks. For decades, these promenades have been the favourite places of Belgrade residents, as walking by the river, you can feel the relaxation like nowhere else. So, whether you are in the mood for a light stroll, enjoyable jogging or a refreshing drink in some of the river bars, you’re at the right place.

Apart from these two promenades, an increasingly popular one is the promenade in the old part of Belgrade, where Dorcol meets the Danube. The promenade was originally named after the former Sports centre “25th May”, but today it’s called “Milan Gale Muškatirović”. The sports centre is in the central part, and the promenade is therefore intended for a more active engagement, as there are a lot of sports amenities. This promenade also offers the bicycle lane which stretches all the way to Ada Ciganlija beach, the Belgrade lake and the favourite swimming location during hot summer days.

In the last two years, the so-called “Savska promenada”, a long stretch in the downtown, starting from Brankov most (Branko’s Bridge) to Gazela highway, which used to be a place full of abandoned warehouses, shipwrecks and junk, is vigorously becoming one of the most desired locations in Belgrade, quite justly. Apart from modern residential and commercial facilities within the “Belgrade Waterfront” project, this area at the Sava bank has been entirely cleaned up and is turning into a modern urban area with a promenade, just like a modern oasis within the urban city core. This whole construction and cleaning process is definitely going to be a long one, however, this location has already become the heart of the gastronomic offer in Belgrade, as former railway depots and service centres have been turned into restaurants and similar buildings very much focused on the modern trends in cooking, significantly increasing, therefore, the overall tourist offer in Belgrade.

Web site noviapartmani.com offers a great number of places to stay in the locations very near Belgrade rivers. Check out our selection of apartments in New Belgrade and Dorcol and make your own starting point for unlimited pleasure in Belgrade nature.

The so-called Belgrade Sea came to life in 1960s when a small Sava armlet was turned into a lake by a small dam. The lake became a protected area and today offers its guests plenty to do and see. Although only 4km away from the centre, Ada Ciganlija is something you’ll not find so often in big cities, and throughout the year, Ada offers a lot of fun, relaxation and sports activities, and in summer, the beach proudly presents its blue flag, the symbol of clean water and safe environment which guarantees enjoyable swimming. For all the lovers of nature, Ada is an ideal place to relax, but is also a place with plenty of possibilities for active time in the nature – long strolls, riding a bicycle, doing various sports, and swimming in summer.
You should know that reaching “the Belgrade Sea” is very simple indeed.

We strongly recommends that you rent a bicycle and start exploring these wonderful green areas.