For beer lovers and those who want fun, Belgrade Beer Fest is ideal place for that, feel festival spirit in the heart of city on the meeting of two major rivers. Belgrade beer fest or just simple Beer fest is annual festival of beer in Belgrade. It started as small festival in 2003 and it usualy lasts from 4 to 5 days with various beer producers and their delicious products. It growed quickly, from 75.000 visitors in 2004 to 300.000 visitors 2006. In 2009 it attracted over 650.000 and in 2010 more then 900.000 visitors, nowadays it has more then a million of visitors in all days of festival which makes it one of the biggest festivals in Europe.

Beer or in serbian pivo is widely drinked in Serbia, maybe not as much as rakija but it is really close. Serbian beers are not so famous outside our borders and we export 70 million euros of beer per year, although it gets exported mostly to region countries and countries of former Yugoslavia. Pale lager domaniates Serbian market with dark lager on a second place even though it is produced in much smaller quantities, from imported beer there are some European and American brands.

Most of “foreign” beer is actualy produced in Serbia with license from abroad, since main owners of big breweries are foreign companies.

In Serbia there are 14 large breweries with over 40 different kinds of beer and many small, independent breweries that make beer for their own consumption. Serbia produces around 5.400.000 liters of beer annualy, average serbian drinks 65 liters of beer per year, compared to the average of 60 liters of beer in EU, at least for something to be above EU average.

Considering world awerage consumption of 22 liters per capita, we are real beer lovers.

Like always, there will be big offer of many different kinds of beers, from local beers there will be clasics such as Jelen, Lav, Zaječarsko, Bip, Apatinsko, Weifert, Merak... From local breweries but under license there will be Beck’s, Tuborg, Carlsberg, Staropramen, Stella Artois, Amstel, Heineken, Efes. There will also be many foreign beers from different countries, Baltika, Krombacher, Guinnes, Bavaria, Efes, Kozel, Dab, Pilsner Urquell, Paulaner, Leffe, Lowenbrau, Hoegaarden, Erdinger, Grimbergen, Budweiser and many new one that you might not even heared.

Consider to try local beers from small independent breweries that exists all over Serbia, they are not so famous but they can maybe make your night great, Cabinet, Tron, Black turtle, Krugher&Brent. Which one is the best, it is disputed subject, you need to try them all and then decide. 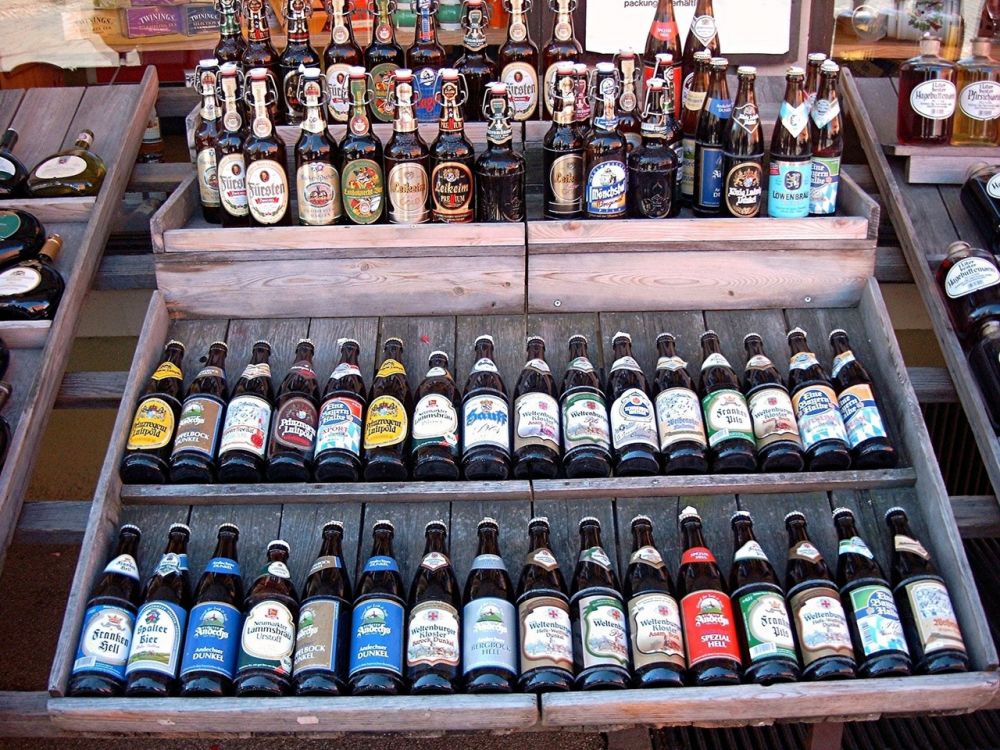 On the first day (Wednesday 17.08.) there will be Counterfate, Elektro Kvartet, Viva Vox, Rudimental LIVE, Elemental, Let 3 and James Brown tribute band performing, we are expecting great play from Rudimental which is most popular from all but also great play from others too.

And on final day (Sunday 21.08.) for closing of festival there will be VIS Perfect Game, Dzon Vejn, Svremenasi, Masimo Savic, Sajsi MC, Psihomodo Pop and Ritam nereda performing. Many different styles of music for everyones taste.

Part of Belgrade Beer Fest traditionaly is fair. Many lights, loud sounds, speed, adrenalin, if you have courage then we deffinatly sudgest you to try some of the rides there. If you are daredevil then you will have plenty of choice from speed rides, high rides or both, there are also basic fair things like punching pairs, bump cars and Marry go rounds. Prices are mostly same for all those things, but do not spend a lot of money on that, there is entire festival left. One tip, from our own personal experience, go there first, before you drink, you can thank me later.

Entrance fee is free, even though previous years it happened that one of the days they charge entrance, this year it will be free for all days. Paying for beer is prepaid, you get a card and put some money on it and deposit, and then you pay for beer, snacks and stuff like that. There are posts around festival where you can put more money on card and after festival, you can return your card and retrieve your deposit and all the money that is remaining. Prices are mostly from 150 dinars - 200 dinars up to 300 dinars, depends from kind of beer you take, but average price is 1,5 to 2 euros for half liter of beer.

If you consider yourself a beer expert, there are some competitions for you, fast drinking, carrying mugs… just from all that speed, do not forget to enjoy beer.

How to reach Beer Fest

From our New Belgrade and Zemun apartments, 17 of them are on 10 minutes walking distance from Ušće and Belgrade Beer Fest, closest are Apartman JBC and Apartman Ušće which are 5 minutes by foot from main event. Those who are in apartmants in city center are not that far eather, since you have to cross Branko’s bridge.

I would not recommend you to go there with car since it is impossible to get close to it and also to find parking, and plus you would not be able to enjoy drinks as much as you normaly would drink. Considering that there are sooooo many people there, best way is to use public transport with mix of walking, most reliable way. Wear shoes considering weather forecast for those days and never white one, unless you want them to become gray.

Beside the free transportation to four crucial locations in Belgrade, this year safe arrival and return are provided for visitors from Novi Sad, Nis and Kragujevac.

Homer Simpson once said that “A woman is a lot like a beer, they smell good, they look good, and you’d step over your own mother to get one”, do not go that far but enjoy in it with friends and loved ones on Belgrade Beer Fest.