The most famous Finnish word in the world, provided that we forget Nokia mobile phones for a while, is undoubtedly - the sauna, and it comes as no surprise, bearing in mind that saunas are one of the most popular forms of relaxation and wellness. In our great variety of apartments in Belgrade, we can offer you the three spa apartments with saunas - Kristal Spa, Laguna Spa and Nirvana Spa.

Any idea of the origin of the saunas?

Although nowadays saunas are typically related to Finland, the history of saunas, that is, the heated rooms where people go to perspire, or to put it more plainly, to sweat, does not relate to this country only. For instance, the rooms similar to saunas (the so-called temazcals) were used by Aztecs and other tribes in Central America even before the Spanish colonists arrived to the area; Romans were famous for their thermae, and "bathing" in hot air in Greece was recorded by Homer, so long ago. We should also mention the sentō in Japan, Russian banyas and Turkish baths, the so-called hammams, very much known in our country. However, of all the forms above, the Finnish sauna has remained the synonym for the heated room where people go to relax and perspire.

The history of saunas in Finland is a long one, and it is assumed that the process of heating the room was used for religious purposes, as a rite of passage or a ritual. Some of the first saunas in Finland were actually the holes in the ground, dug for the purposes of shelter (which is the fundamental meaning of the word sauna). Inside these ancient saunas, people would build a primeval fireplace made of stones, heat the stones until a high temperature is reached and pour the water over them, which would result in a steam which would spread across the room, and heated the room this way. This principle has been somewhat retained even today. We should also note that today in Finland almost every house has a sauna, and there are around 2 million saunas per the population of 5.3 million in Finland.

What are the saunas made of and how do they function?

Saunas are made of wood, as wood is a solid heat conductor. Therefore, saunas may not have any parts made of metal. When talking about the way saunas function, the principle is as follows: modern saunas have various types of heaters, but the most common ones are the electric heaters in apartments which heat the room until the desired temperature is reached. The heaters are covered by stones with high temperature resistance, and when the water is poured over them, the steam is made which maintains and controls the humidity, as well as the temperature in the room. The sauna bathers may sit or lie on the wooden benches, and depending on the position, they may be exposed to lower or higher temperature (warm air moves upward). Air temperature in saunas ranges between 40 °C at the floor level of the sauna to 100 °C at its highest point.

The first apartment in our offer with a sauna is Kristal Spa. This apartment has already been mentioned in the text Apartments with jacuzzi bathtub in Belgrade. This luxury apartment in the area of Vračar is one of our top offers and is made for pure pleasure. It has not only the sauna and a jacuzzi tub, but also a spacious terrace reachable from each room, a top notch kitchen, two bathrooms and is intended for 4 persons.
Laguna Spa is an apartment located in the area of Zvezdara and is popular for its exceptionally affordable price, sauna and jacuzzi tub. Also, it is set in a very quiet surrounding , protected from the city's noise. One more thing to add is that apart from all these amenities, you will have the possibility to rent a massage table free of charge, if you need one, and there's a free parking spot waiting for you if you should arrive by car. This apartment is also intended for 4 persons. 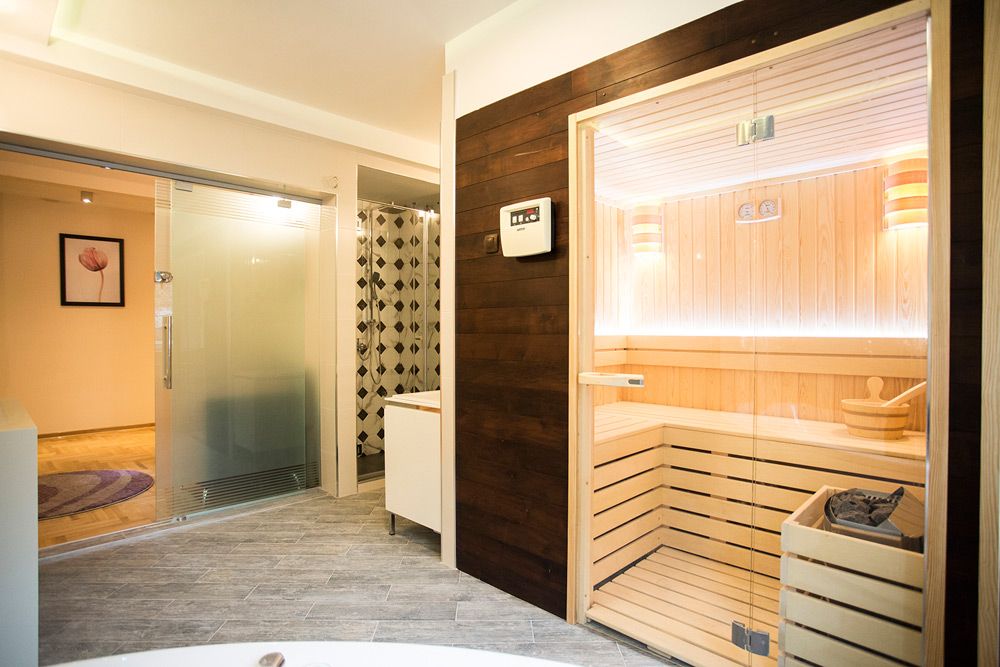 The most affordable apartment with a sauna in our offer is also located in the area of Zvezdara - Nirvana Spa. The sauna is equipped by a stereo and speakers and is set inside the living room. As with the previous apartment, Nirvana Spa offers you the possibility to use a massage table. This apartment is intended for 4 persons and you will have a free parking spot and a number of other amenities at your service. 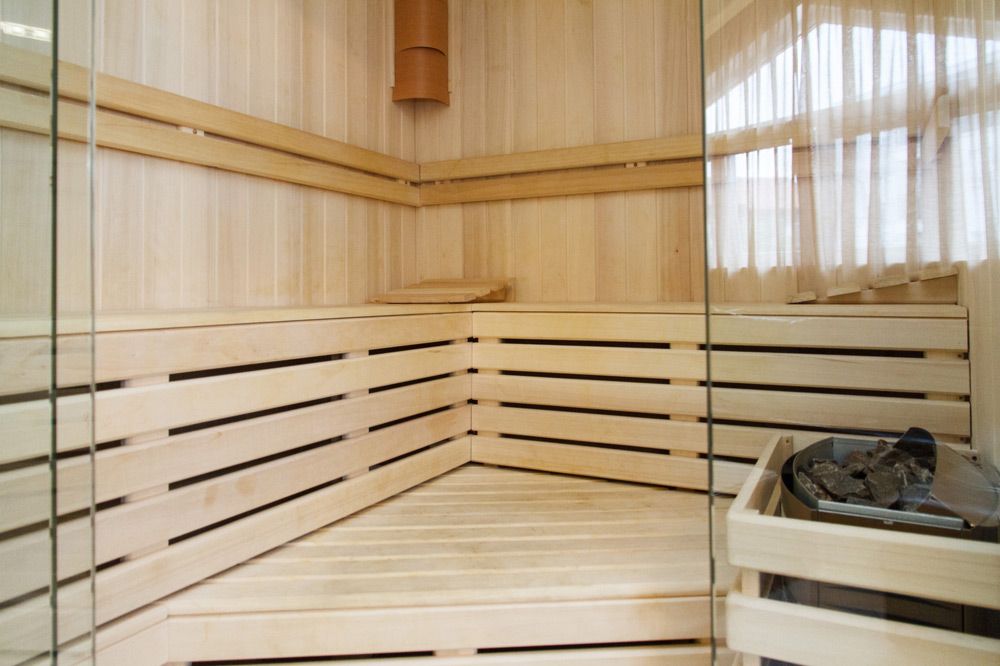 Whichever apartment you choose, we hope that the sauna will provide you with a superb enjoyment and relaxation.