Night that intimidates some, it offers unforgettable fun for other. Overcome your fear and enjoy life with costumes parties and good atmosphere. Halloween is celebrated every year on 31st of October, night before All Hallows’s day and it has origin in Celtic mythology and pagan customs connected to this festivity. Irish migrants transferred this holiday to North America and from then Halloween is celebrated and commemorated on some way through entire world. Celts that lived in modern day Ireland celebrated their new year on 1st of November and night before celebrated ‘’Samhain’’ pagan goddess. They thought that spirits of deceased return to Earth and that they can cause problems, so they made big bonfires where people gathered to offer sacrifice to their divinities. During celebrations they were wearing costumes mostly from animal heads and skins and that is the origin of costumes. Gauls believed that this holiday is day when sky and earth merge and dead mix with living ones.

Activities that are connected with this holiday are making pumpkin lamps, watching horror movies, telling and reading scary stories, burning bonfires and costumed parties. Its popular in North America that kids go from door to door and ask for candies while they are masked in different super heroes, scarecrows and monsters. In Mexico they do different things, they attend church ceremonies and light candles on graveyards for deceased. Creatures that are mostly connected to this holiday are witches, bats, skeletons, black cats, owls, spiders and demons. In countries where Halloween does not have long tradition people mostly organize parties and costume balls where you have good party with lots of drink. One of those countries is Serbia.

Like we said already, Serbia is not a country that traditionally commemorated Halloween but in last few years things are changing, there are many fun shows, gatherings and costume balls and of course night parties for youngsters. In many shopping centers there are costume balls competitions for kids and on that day they can transform in their super heroes, scary monsters and characters from famous cartoon films. Many decide to go on a trip to Transylvania, homeland of Dracula, others watch famous scary movies while most of people decide to go on, now already known, themed costume parties.

City that is famous for good pastime and fun, full with beautiful girls and handsome guys, offers good times for Halloween too. Many clubs organize costume balls, some of them are yearly traditional while others are new but promise fun. Many pubs and cafes will organize theme parties with this motives and we are sure that everyone of you will find something interesting for yourself. Keep in mind that this year Halloween is on Monday and that most of events and happenings will be on Saturday and Sunday 29st and 30th of October, prior to holiday. 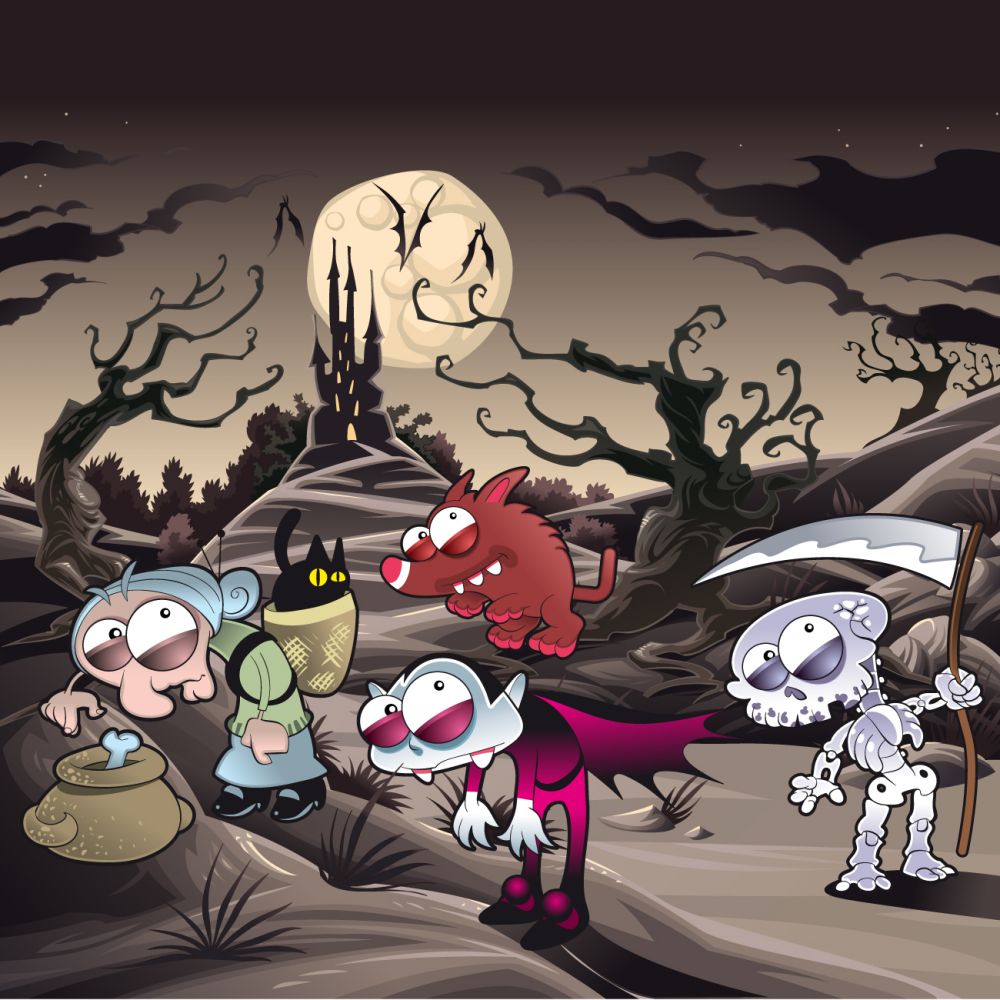 Authentic party that is visited every year by thousands of people, organized according to famous and popular theme for this holiday. Costumed ball with horror topic will be on Saturday 29th of October in club Dragstor Fabrika. Theme of the party is Dante Alighieri’s ‘’Divine Comedy’’. Memorable scenography, that every year leaves visitors breathless, has three stages ‘’Hell’’, ‘’Heaven’’ and ‘’Purgatory’’ that have three music topics - electronic, RnB and mainstream house. Every Monday with blood donation in transfusion bus you can get two tickets for costume ball. At the end, all you need to do is question yourself ‘’In which circle am I’’?

On Saturday, 29th of October in Hall 5 of Belgrade Fair regarding Halloween there will be party that opens door of techno hell. Many famous foreign DJs will perform and some of them, part of team from hell, are Ben Sims, The Advent i Luke Slater, Reeko, Alexander Kowalski, Gery Beck, Mario Berger i Mark Broom. Local boys are Boža Podunavac, Kobaya, Speedy i Goran Kan. Hell party that would scare even infamous Freddy Krueger.