Belgrade is more and more dedicated to using its rich natural resources. We recommend paying a visit to some of numerous parks in Belgrade. The first part of this text was intended to introduce you to the charm of Belgrade rivers and the Belgrade lake, as well as numerous opportunities when you decide to spend one whole day in Belgrade surrounded by nature and recharge your batteries for all the incoming challenges. Tuesday, March 21 marks the beginning of long-awaited spring and we from noviapartmani.com feel that we need to offer, or at least remind you of, some of the locations where you can experience the genuine awakening of nature in the best possible way, the explosion of colours and scents which comes with this season. This text will deal with Belgrade parks, the places where you can meet a different Belgrade, quite distinct from its commercial and business areas and the areas famous for nightlife and unbelievable parties.

There are more than 40 parks in Belgrade. Whether you prefer small, local parks, or vast areas of green, you will be able to find an ideal place to relax at any time of day, the place where you will be overwhelmed with a sense of absolute peace and calm.

Due to well-known issues in the last two decades, the investments, maintenance and redecoration of all natural resources in the city, including the parks, was just above the bare minimum. The negligence, unfortunately, has left visible consequences. In the last few years, however, we can see significant development in this respect and the parks and other green areas in the city are gradually becoming what they used to be, and often equipped with modern amenities to suit the needs of modern times. Today, the Serbian capital can boast a number of representative parks and green areas in the heart of the city, the adorable places if you want to make a break from the busy day.

One of the most well-known parks in Belgrade is undoubtedly Tašmajdan park, located in the strict centre. The park was entirely reconstructed in 2011 owing to the donation of the Republic of Azerbaijan. The park is therefore home to a monument of Heydar Aliyev, the first Azerbaijan president. The park also proudly presents its monuments dedicated to Desanka Maksimovic and Milorad Pavic, the writers who had enormous influence in the Serbian literature. There’s also a monument dedicated to all the workers of Radio Television of Serbia who died during the 1999 bombing. The park is very spacious, rich in plants and trees, and the impression is even more intensified by unusual fountains. The park is also famous for the restaurant “Šansa”, a traditional restaurant which has been in this place for decades and where all the visitors can freshen up a bit surrounded by wonderful nature.

Academic park is also well-known and equally important – the green oasis surrounded by university buildings, the centres of Serbian free thought. The early shape of this park dates back to 1869, when this area also included the market. After the market was entirely moved out, the park became what it is now. The park is home to monuments dedicated to Josif Pancic and Dositej Obradovic, the persons who had tremendous influence in laying the foundations of education in Serbia. The park is a gathering place of young academics, seeking to relax from the university lectures, but also a place for all the people longing for peace in the shade of hundred-year-old trees. Academic park is also a venue of numerous culture events, such as “Filmstreet”, the open-air cult-classic movie projections. Wi-Fi signal is available in the park, which is an additional benefit for all tourists in Belgrade and also an additional reason for you to visit it.

Karađorđev park is another green oasis in Belgrade, located at the Vracar slope, behind the St. Sava Square, all of which constitutes one whole area. The park was initially shaped sometime in the 19th century when knez Aleksandar erected a monument dedicated to famous ruler Karađorđe who had fought against the Ottoman Empire. The park is therefore named after this Serbian hero. The park has gone through troublesome times and is home to a number of monuments. However, the main feature of the park is the St. Sava Temple, the centre of Serbian spiritual being. This is why this park offers an entirely different feeling – it embodies the spiritual peace and inner balance, and this is why it’s so appealing to all visitors. 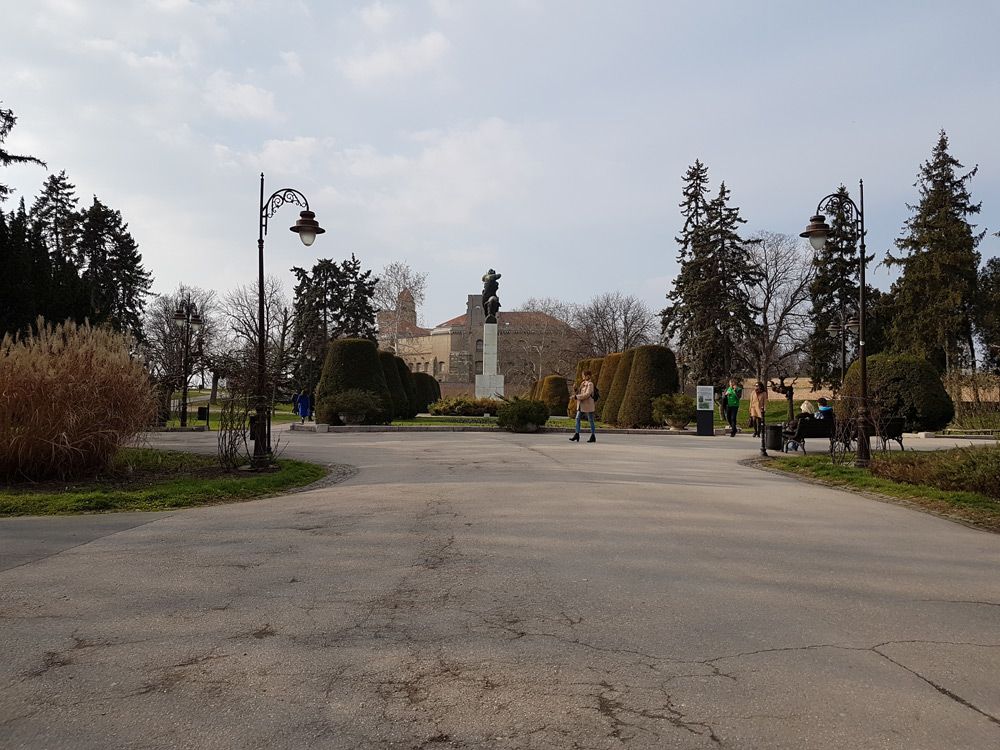 This high-tempered ruler ordered that the area of Topcider forest should be turned into a vast park that even Paris wouldn’t be ashamed of. So in 1831, the famous gardeners from France and Czech arrived and built the park that even today retained its original shape. What makes this park special is three little lakes which really contribute to this extraordinary feeling, long hiking paths and places for rest. The main feature of this park is definitely the old 33m high platanus tree with a crown of 55m in diameter – the tree protected as the monument of nature. This park is also home to Residence of knez Milos, the former residence of this ruler, and today it’s the museum with interesting artefacts from the period of his rule.

To all our guests, but also to all Belgrade residents who have forgotten about these urban oases, web site noviapartmani.com recommends that you take some time off and enjoy the incoming sunny days in some of numerous green areas in Belgrade. Check out our offer of places to stay in Belgrade centre and pick a comfortable apartment near some of the green oases of Belgrade.