Apartments with jacuzzi bathtubs in Belgrade When you stay in a Belgrade apartment with a jacuzzi bathtub, and when you start relaxing and enjoying after hard work or long walk around the city, probably the very last thing that would occupy your mind is the question – what’s the origin of jacuzzi tubs?

So do you know the origin of jacuzzi?

Jacuzzi was named after its inventors, the Italian family Jacuzzi (the original pronunciation is yakutsi) which in early 20th century emigrated to the USA from Italy. Three were seven brothers in Jacuzzi family who were inventors and are also known as the inventors of the first plane with a closed cockpit. However, as they grew bored with aircrafts, they decided to move on to farming and find ways which would improve the irrigation of the land, primarily by using pumps.
When the youngest of seven brothers and a son of Kandido Jacuzzi came down with rheumatoid arthritis, his father decided to make use of his technical knowledge and produce a water pump which would easy his son’s treatment. From that moment in the past, Jacuzzi family started a production of pumps, their installation into bathtubs and sales, which marked the beginning of a new era for this, by all means the most popular, hydro massage tubs.

Offer of apartments with jacuzzi

Our offer provides a number of apartment with jacuzzi bathtubs.
In the city centre, more specifically, in Cvijićeva street, you can find two our studios – Brando and Secret.
Apartment Brando is unique in our offer due to its large round jacuzzi, surrounded by modern interior, along with a highly unusual lighting solutions, ideal for relaxation. 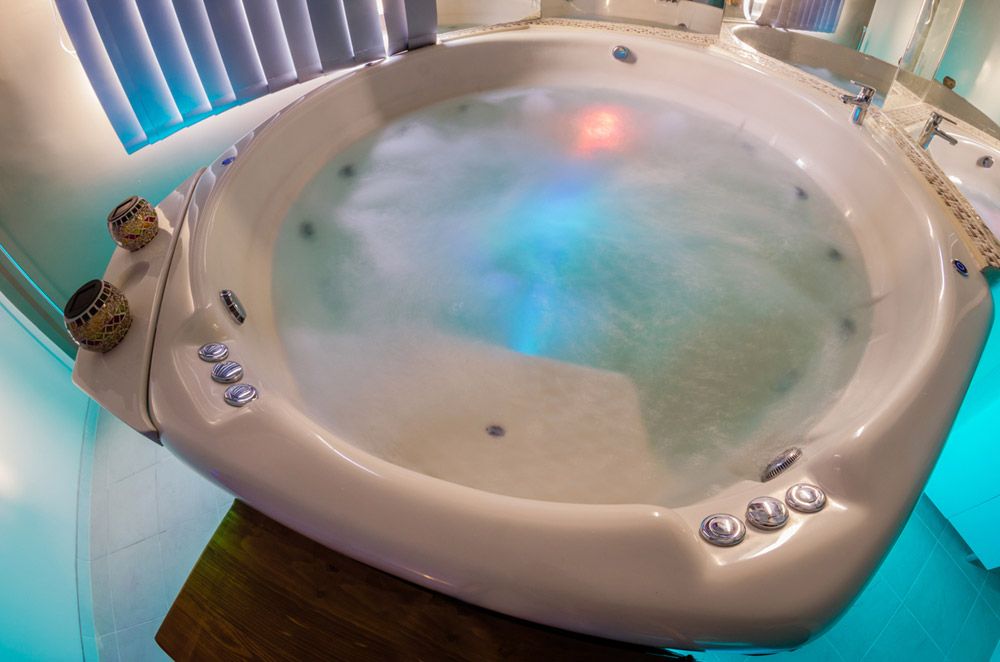 Apartment Secret, located in the same street, also offers a jacuzzi bathtub, and the apartment itself is very modern and new (renting service started in 2015). 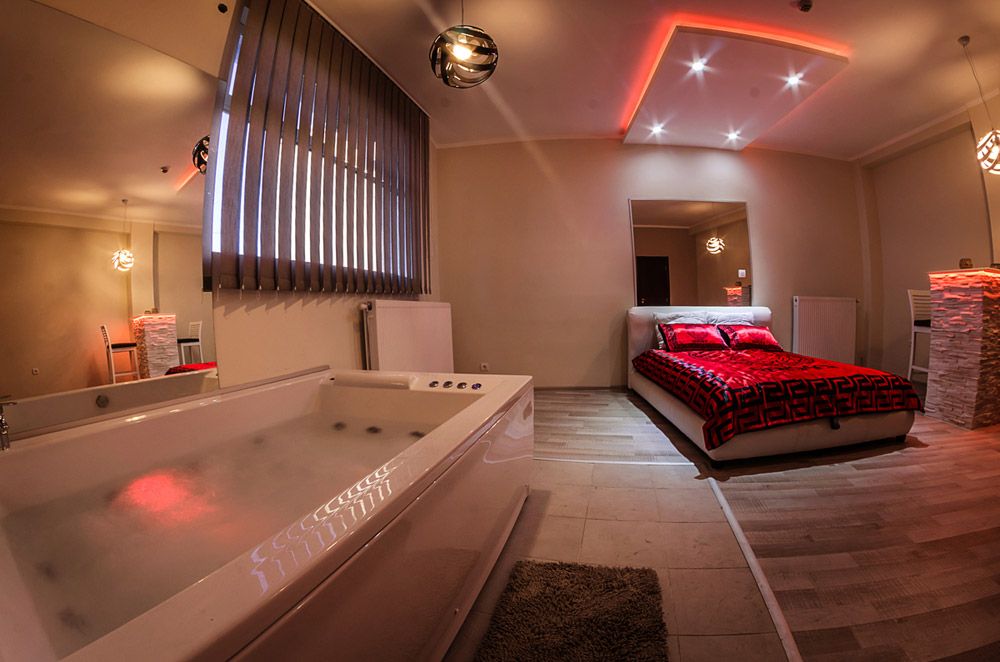 In the area of Vračar, we offer three apartments with jacuzzi: Intimo, Bali and Kristal spa.

Apartment Intimo is a luxury studio apartment located in the area of Čubura, a pleasant and quiet part of Vračar. A large jacuzzi dominates the apartment and the whole apartment is intended for genuine hedonists looking for full enjoyment. 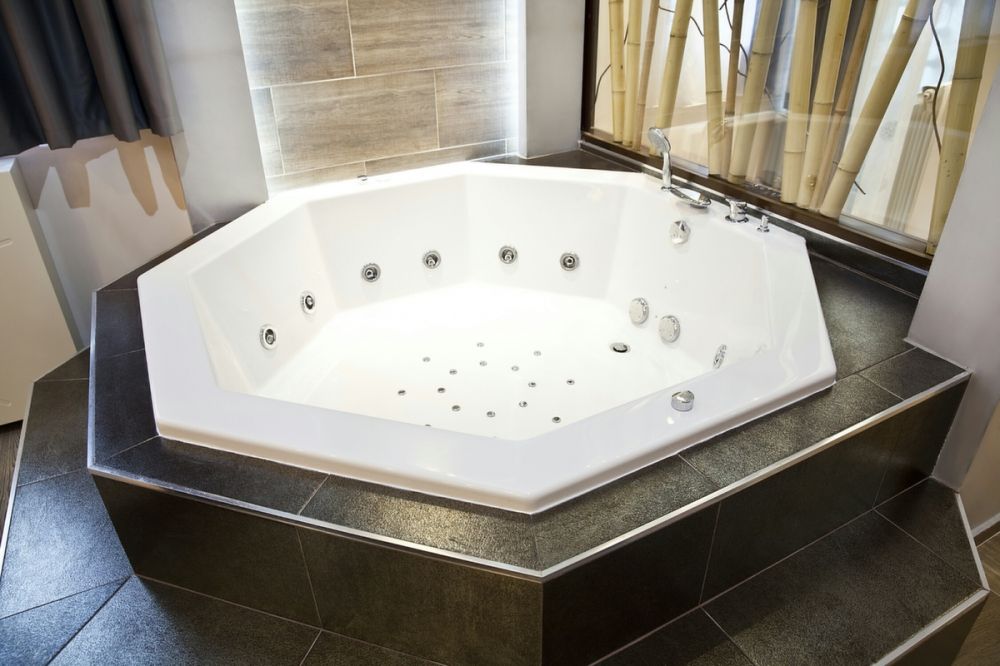 Apartment Bali is a two-room apartment located at the “border” between Vračar and Voždovac, and an interesting fact about this apartment is that jacuzzi is not located in the bathroom, but in the living room. There’s a mini bar, as well, just to boost your enjoyment. 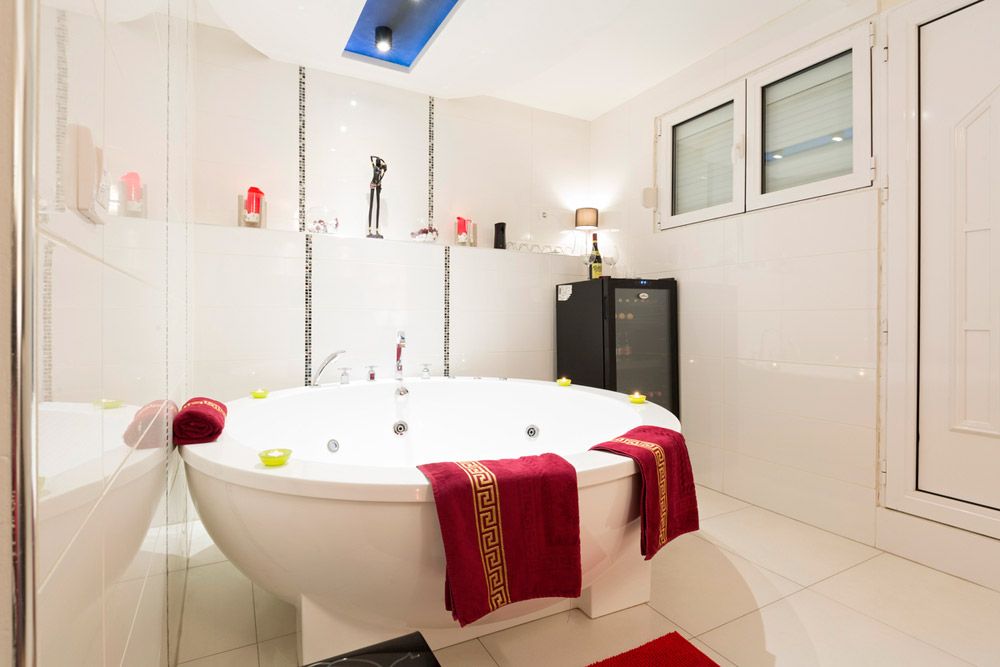 Apartment Kristal Spa is a two-room apartment also located in the area of Čubura. Apart from the jacuzzi bathtub, this luxury apartment provides not only the relaxing interior, but the in-built sauna intended for genuine hedonists. 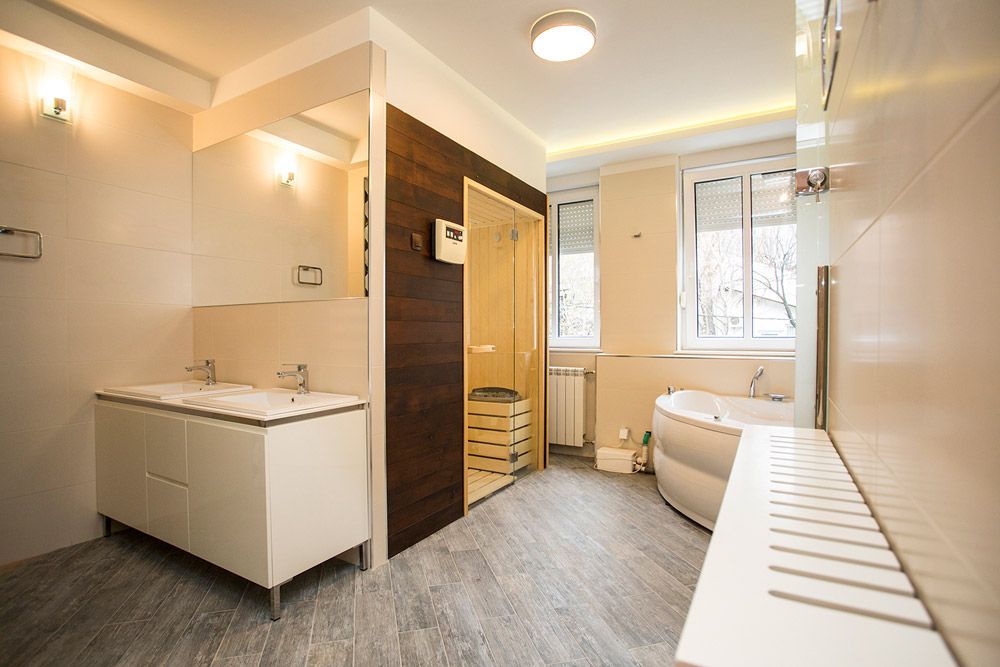 When talking about Voždovac, this area offers a two-room apartment Jacuzzi, which was obviously named after this popular hydro massage tub. The angle-shaped jacuzzi bathtub is simply ideal for couples and what comes particularly striking about this apartment is that the jacuzzi tub is placed inside a very pleasant living room. 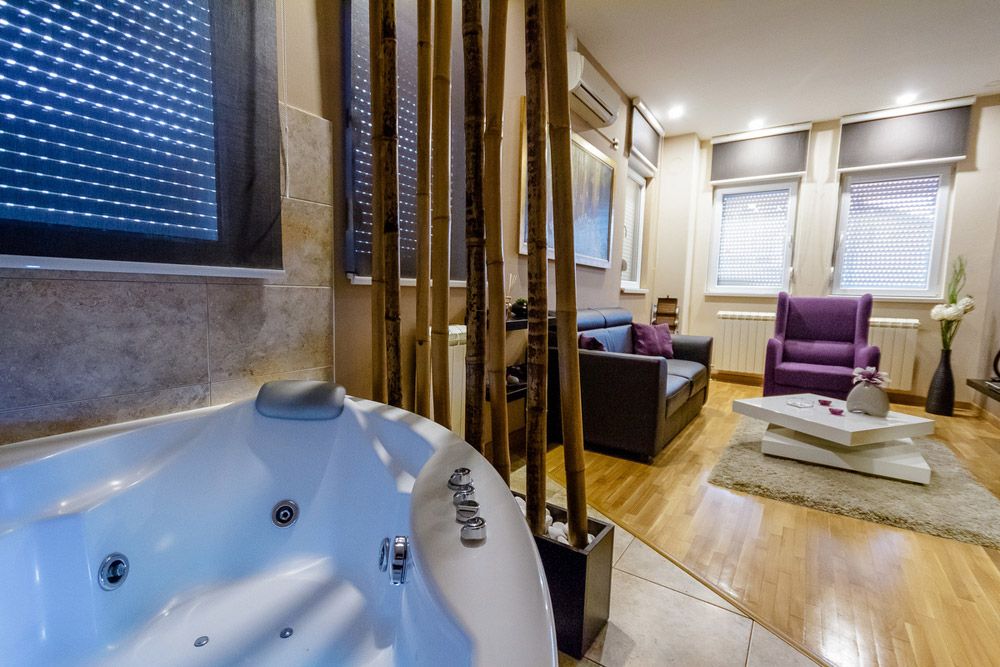 A brand new apartment with a jacuzzi tub Afrodita is located in Vidska street in Dušanovac area, near the Sports Centre Šumice. 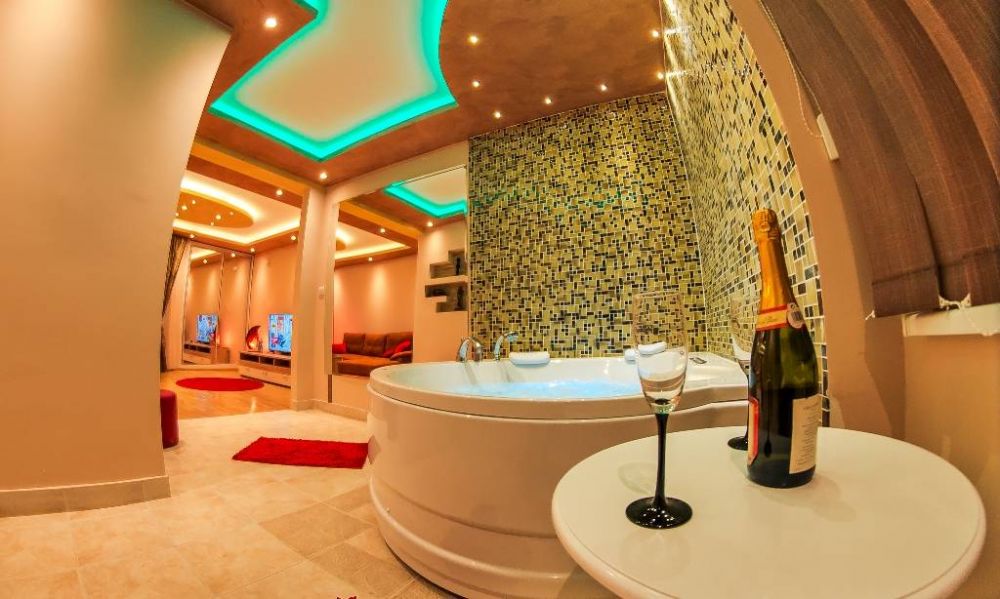 Whichever apartment with jacuzzi you choose, you will experience exceptional enjoyment and relaxation.
We also recommend that you read through our text Spa apartments in Belgrade.